Preparation is the Key, Says Scudder 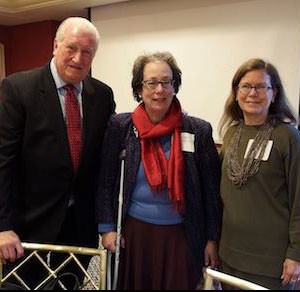 “Failure to communicate is often the single most important factor in business failure,” Virgil Scudder told the San Francisco Public Relations Round Table at a luncheon meeting on January 22, 2013.

The Roundtable, founded in 1939, is one of the oldest pubic relations organizations in the United States.

With some of the Bay area’s leading public relations professionals in attendance, Scudder declared, “Too many business initiatives aren’t properly communicated to employees or customers. And, more often than not, the problem can be traced to inadequate planning or preparation.”

“Surveys have shown that two-thirds of business projects fail,” he said, “and the most common reason is poor communication.” He added, “All too often people don’t understand the importance of a project, where they fit in, and why the success of the program is important to them. In many cases, too, products fail because their attributes are poorly communicated.”

Scudder noted that many companies have lower stock valuations than they should because of poorly executed quarterly earnings calls. “People make decisions on perceptions,” he stated, “and when a company leader stumbles around on a question that he or she should have anticipated and had an answer ready, the perception is that management doesn’t know what it’s doing.” He cited several examples where such failures of preparation led to significant drops in the stock price.

But, Scudder said, while preparation is key to success, it must be accompanied by effective delivery. He cited these key factors in successfully delivering a message.

” Straight talk: laying the message out simply, directly, and in commonly-used terms. ” Illustration: giving examples that make a point clear. ” Listening and seeking input: the best leaders are usually the best listeners. “The standard for any oral communication,” he declared, “is the four C’s. It must be clear, concise, credible, and delivered with confidence. Too often one or more of the four are lacking.”